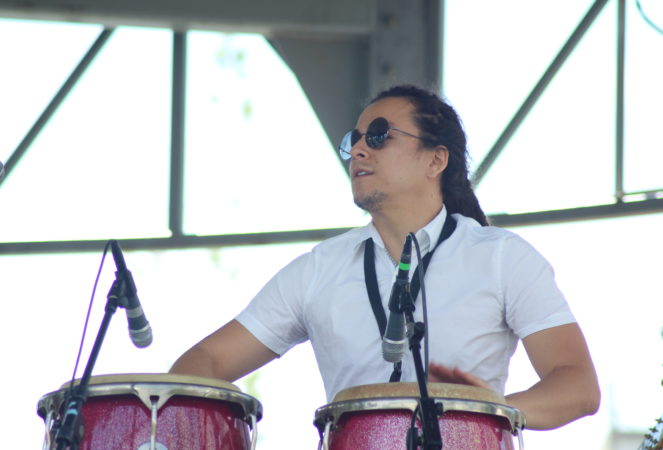 Edgar is a Colombian born multi-instrumentalist and composer currently living in Toronto, Canada.

He started to play alto saxophone at the age of only 13 in his natal city Palmira in Colombia. Today he plays the

full family of the four saxes, lured by the instrument’s nuances and expressive uniqueness. These open

the artistic doors for his performance of multiple music styles, from classic to modern and especially jazz and latin.

His musical curiosity and talent have led him to explore other instruments adding the flute, congas and

trumpet to his musical arsenal.

After a few years of playing locally with different bands in and around the Department’s Capital Cali in Colombia, Edgar began to tour in different cities across the Country. Next, International doors where opened for him.

Mexico was the first stop out of home, adopting Edgar for almost four years. He had the opportunity to tour in different group set ups including Latin Bands, Big Bands and a Jazz Quartet as a soloist, traveling to Mexico City, Acapulco and Puerto Vallarta among others.

United States was next, joining Royal Caribbean International to cruise around the world and perform not only as a full range woodwind player but also as a latin percussionist with the congas in Latin Bands with his brother.